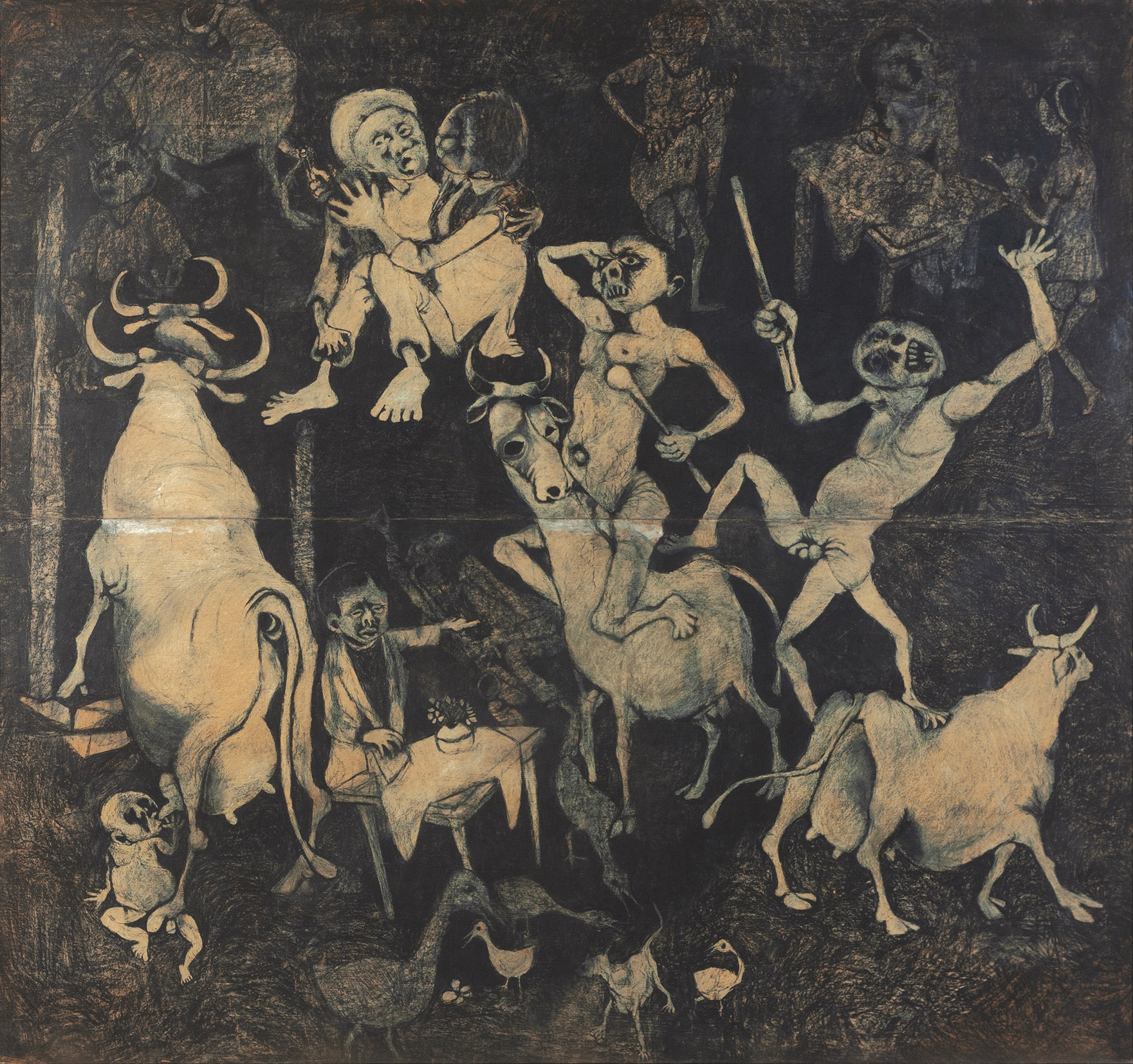 African Guernica was made shortly before Feni’s exile to London. The work expresses the anguish he felt at the social and political dispossession and DISLOCATION that apartheid was forcing upon him. The reference to Picasso’s iconic work, Guernica, made 30 years earlier, provides a context in which Feni’s protest against the apartheid system mirrors Picasso’s comment on the destruction caused by civil war. Both works take the ruptured relationship between humans and animals as symbolic of the destruction and suffering wrought by war.

Feni’s picture shows a world at odds with itself, with shades too of the symbolic madness depicted in Hieronymous Bosch’s great religious allegories, especially the Garden of Earthly Delights. His rendering of the mutated and twisted animal figures, and the equally manic energies of the human figures, shows a world out of balance, an ALLEGORY of the conflict not only between the human and the natural world, the social and the cosmic, but between humans themselves, as the demented three-legged figure dominating the right side of the picture plane suggests.