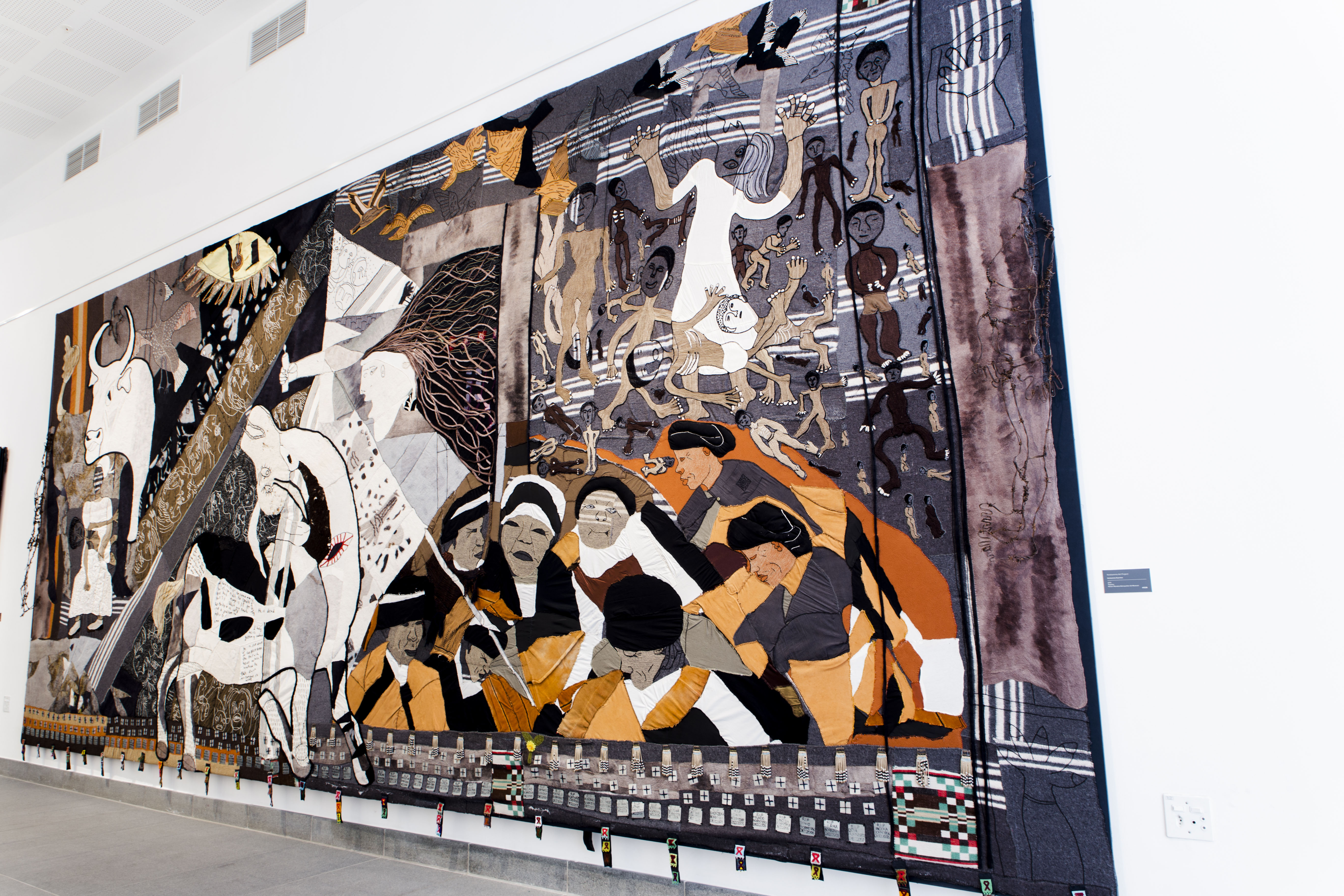 African Guernica is one of a series of works inspired by major works of art in the western CANON. Perhaps the most prominent of these is the Keiskamma Tapestry, an adaptation of the Anglo-Saxon Bayeux Tapestry (11th century). Where the latter tells the story of the conquest of England by the French, the Keiskamma Tapestry represents the protracted conflict on the frontier of the Eastern Cape between amaXhosa and the European settlers (1779–1879).

African Guernica is an interpretation of Picasso’s Guernica (1937). In place of his depiction of the horrors of the Spanish Civil War (1936–9) and the bombing of the town of Guernica, the tapestry shows the devastation wrought by HIV/AIDS in the Eastern Cape. It suggests a slow disintegration of an entire generation, the grief and mourning that follow, and the resilience of those who remain behind.