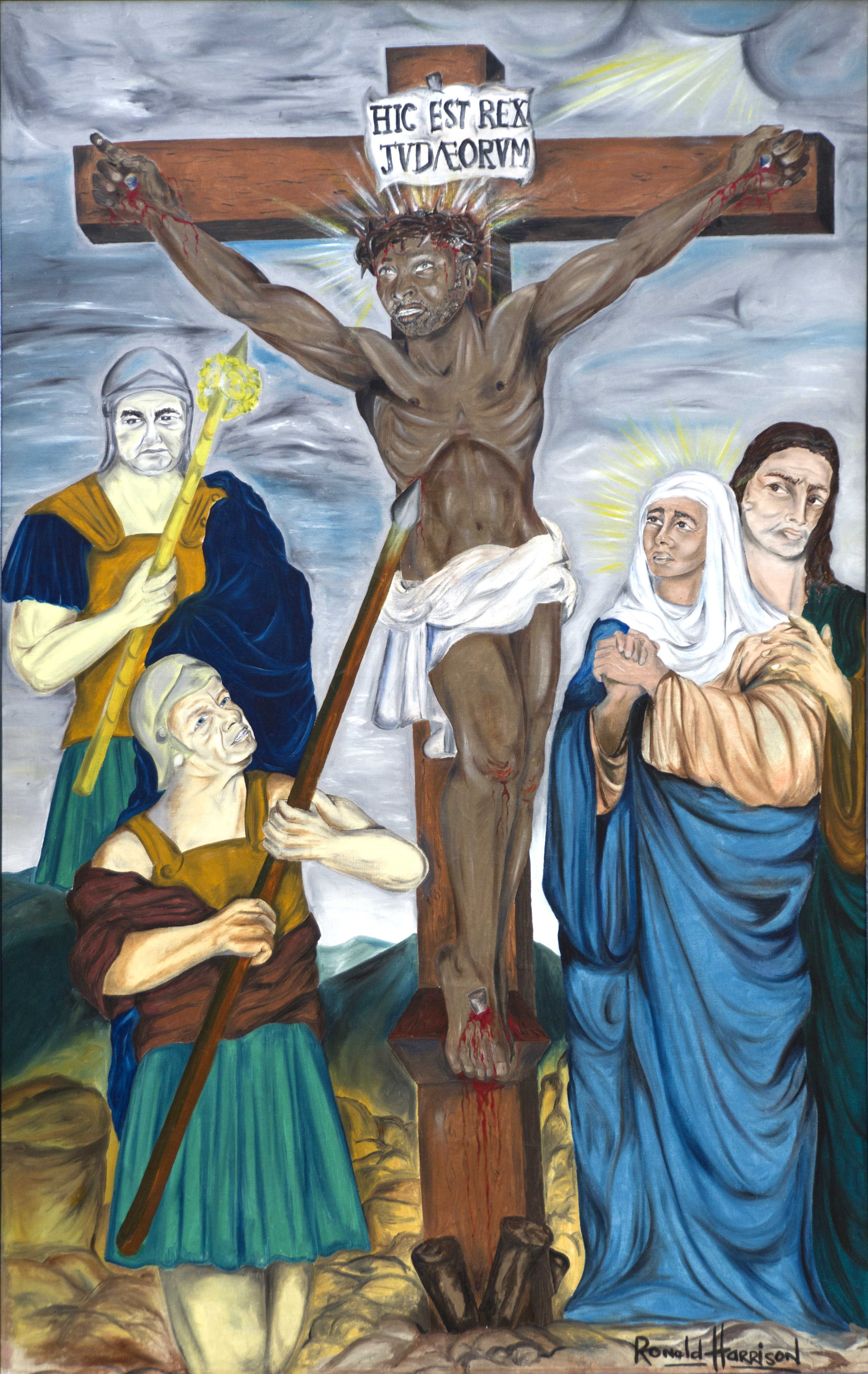 Black Christ was Harrison’s response to the Sharpeville Massacre and to other repressive measures enacted in South Africa – such as the banning orders imposed on Albert Luthuli – in the late 1950s and 1960s.

In the painting, the figure of Christ has the face of Luthuli, while prime minister Hendrik Verwoerd and justice minister John Vorster are represented by the two Roman soldiers. Harrison draws on classical paintings of the crucifixion but relates the event to the suffering of black South Africans.

The painting points to the deep hypocrisy and cruelty of a state that professed itself to be Christian.