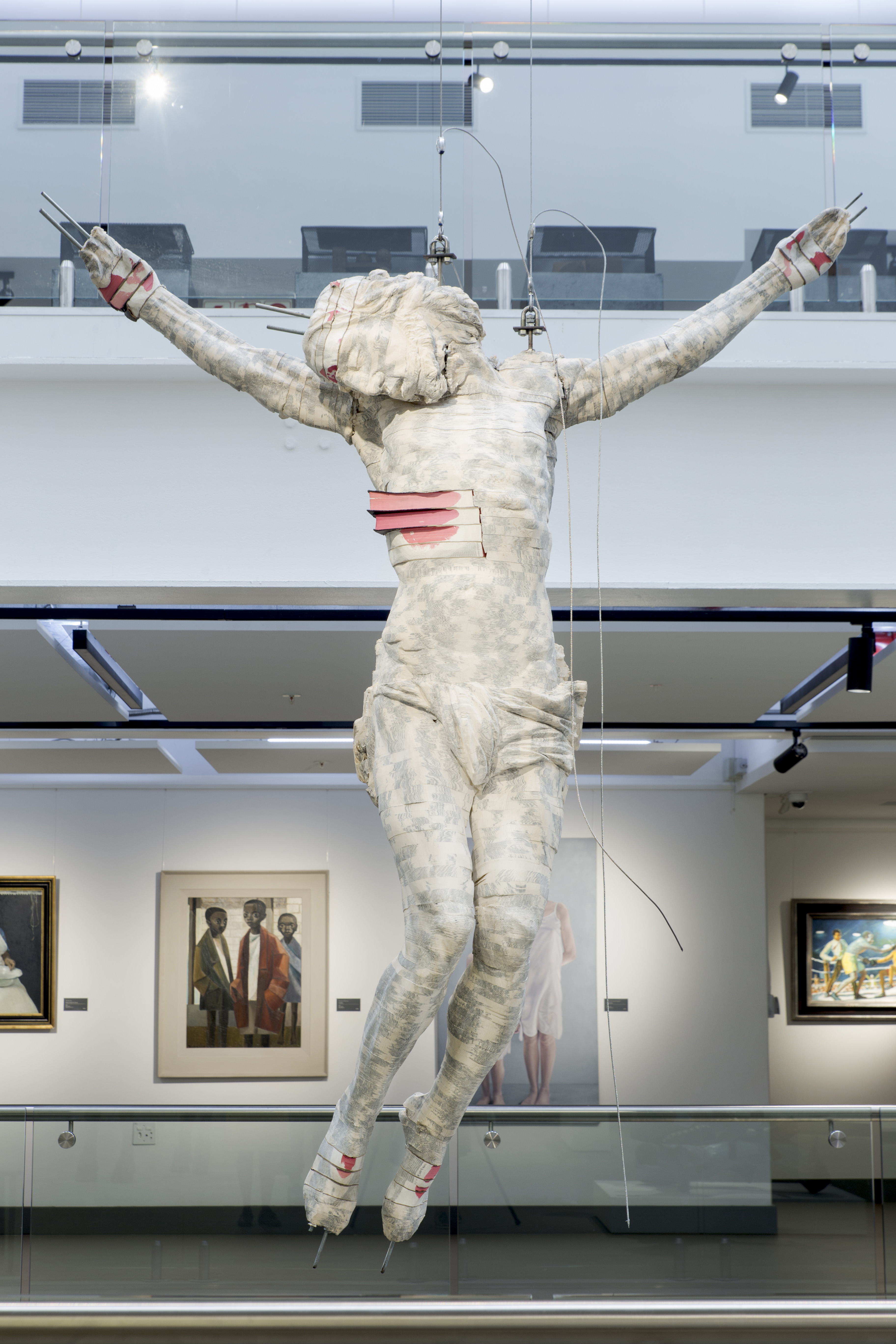 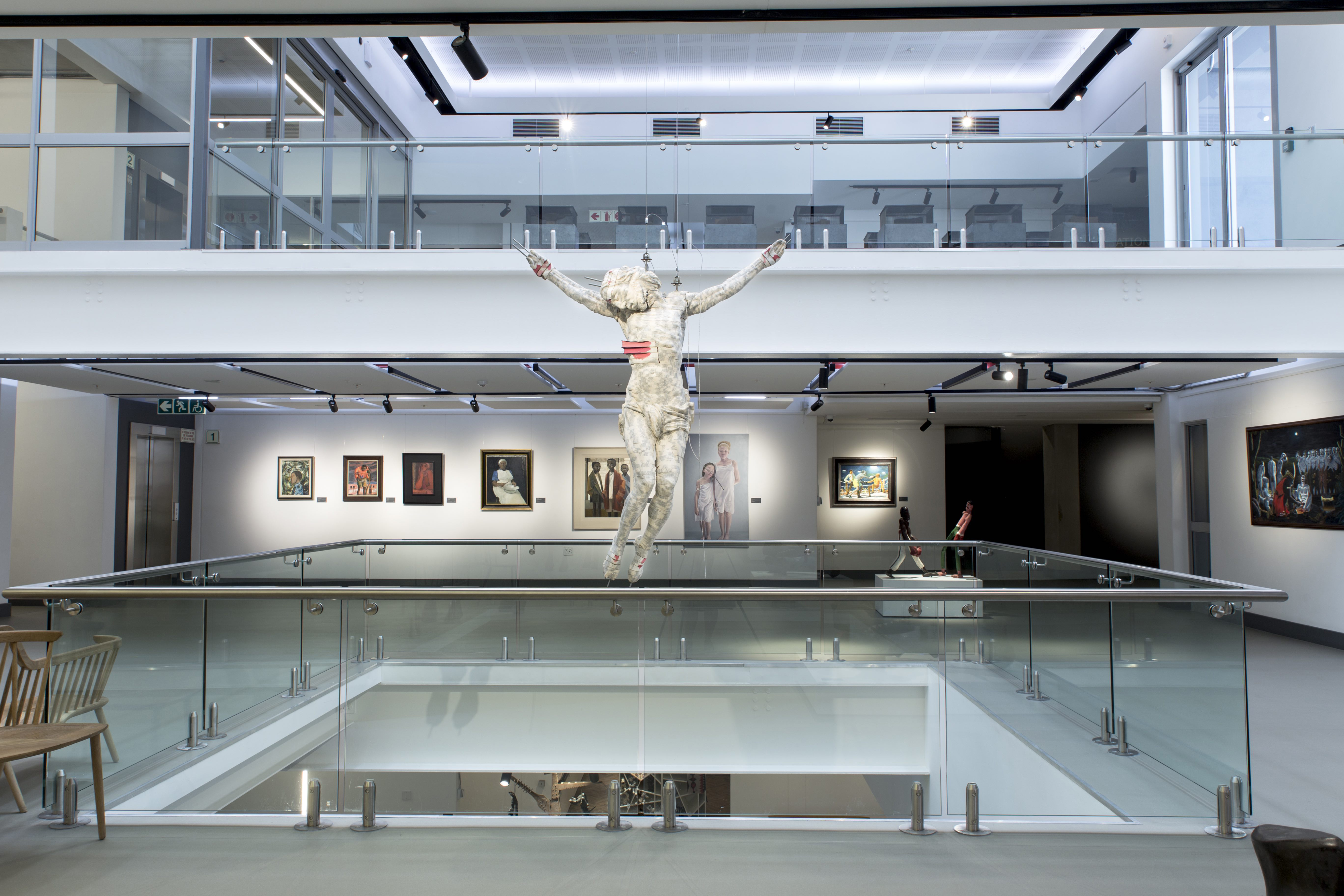 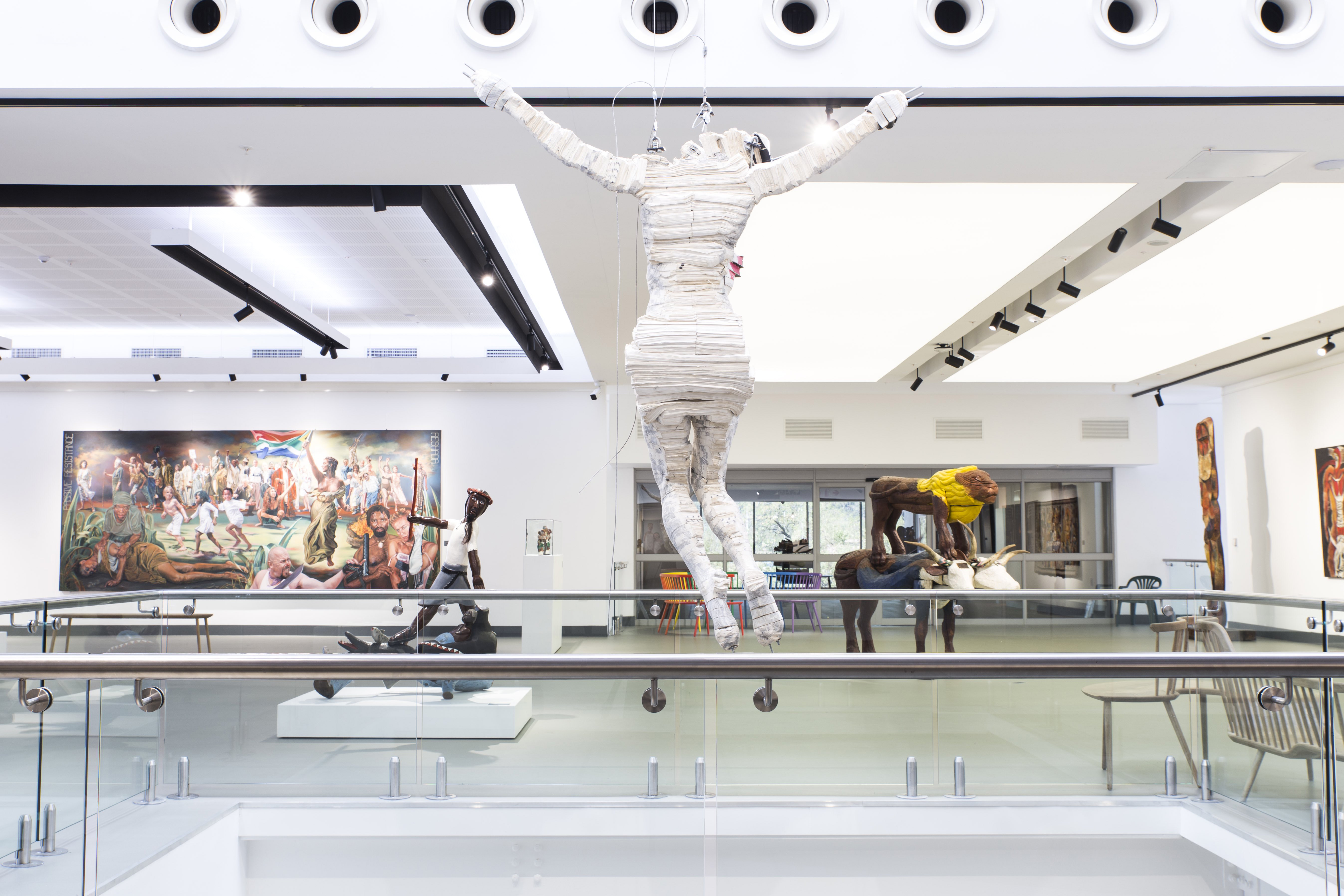 Commune: Suspension of Disbelief was first shown, to critical acclaim, at the 2001 Klein Karoo Nasionale Kunstefees. The carved Christ was initially part of an installation that included surveillance equipment.

Botha’s work has been characterised by DEFAMILIARISATION of well known objects and this is a case in point. At first glance it is a reverential and highly aestheticised version of the familiar religious image, but on closer inspection it surprises and shocks, reminding the viewer of the seductive beauty of religious imagery and the extent to which it represents systems of power and control over the individual and over society.