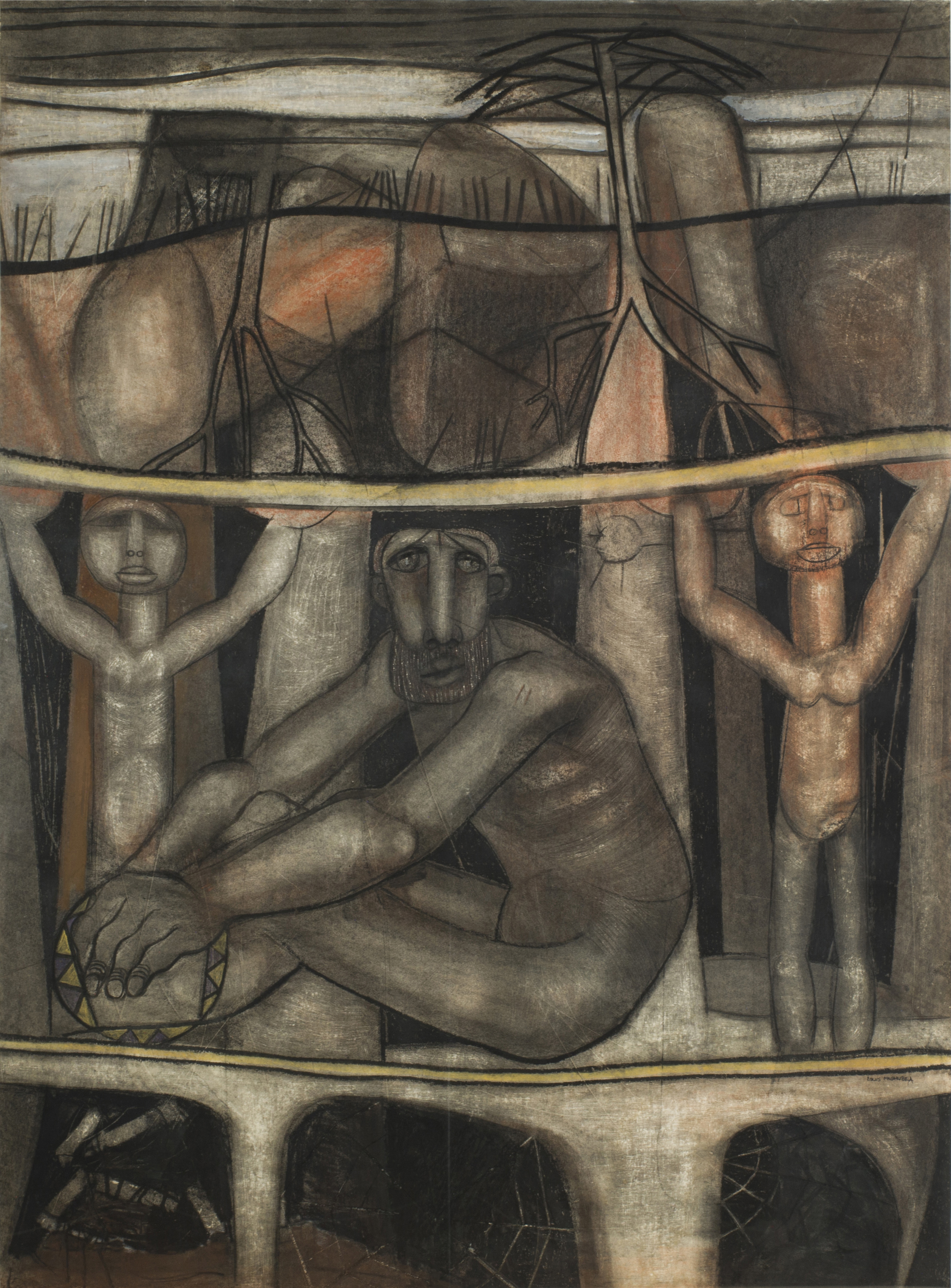 Although Exiled King is undated, the presence of a similar work in a 1965 group exhibition in London dates it to a fairly early period of Maqhubela’s career. His style in the 1960s had already moved away from social realist representation and he was developing a personal iconography influenced both by his South African roots and identity and by the modernism he was encountering in Europe.

The king in exile, perhaps presaging the artist’s own exile, is incarcerated underground, with his young companions holding the fort, waiting for the king to move up into his rightful realm. The work is characterised by a geometric execution and it exhibits an already recognisable personal style.