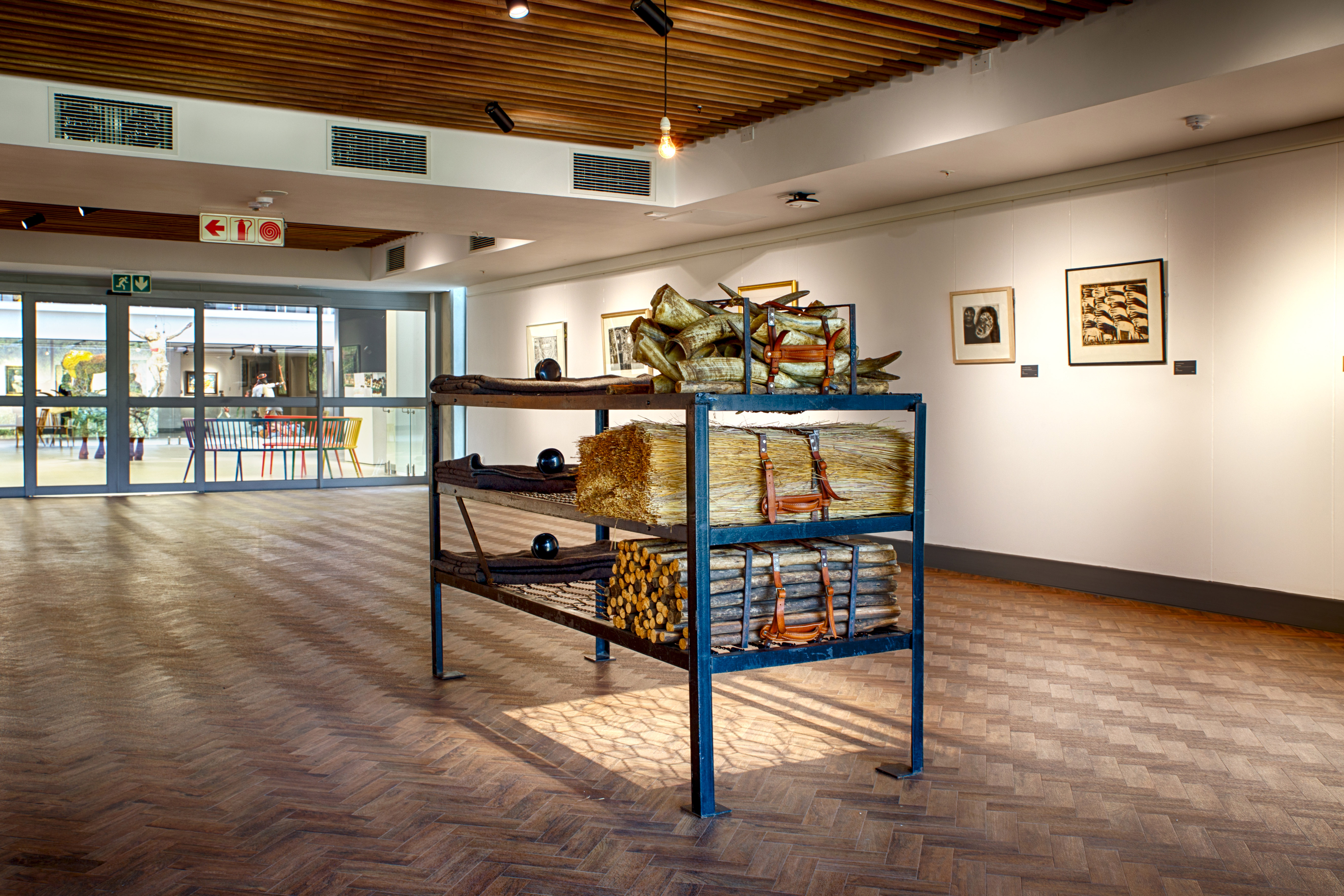 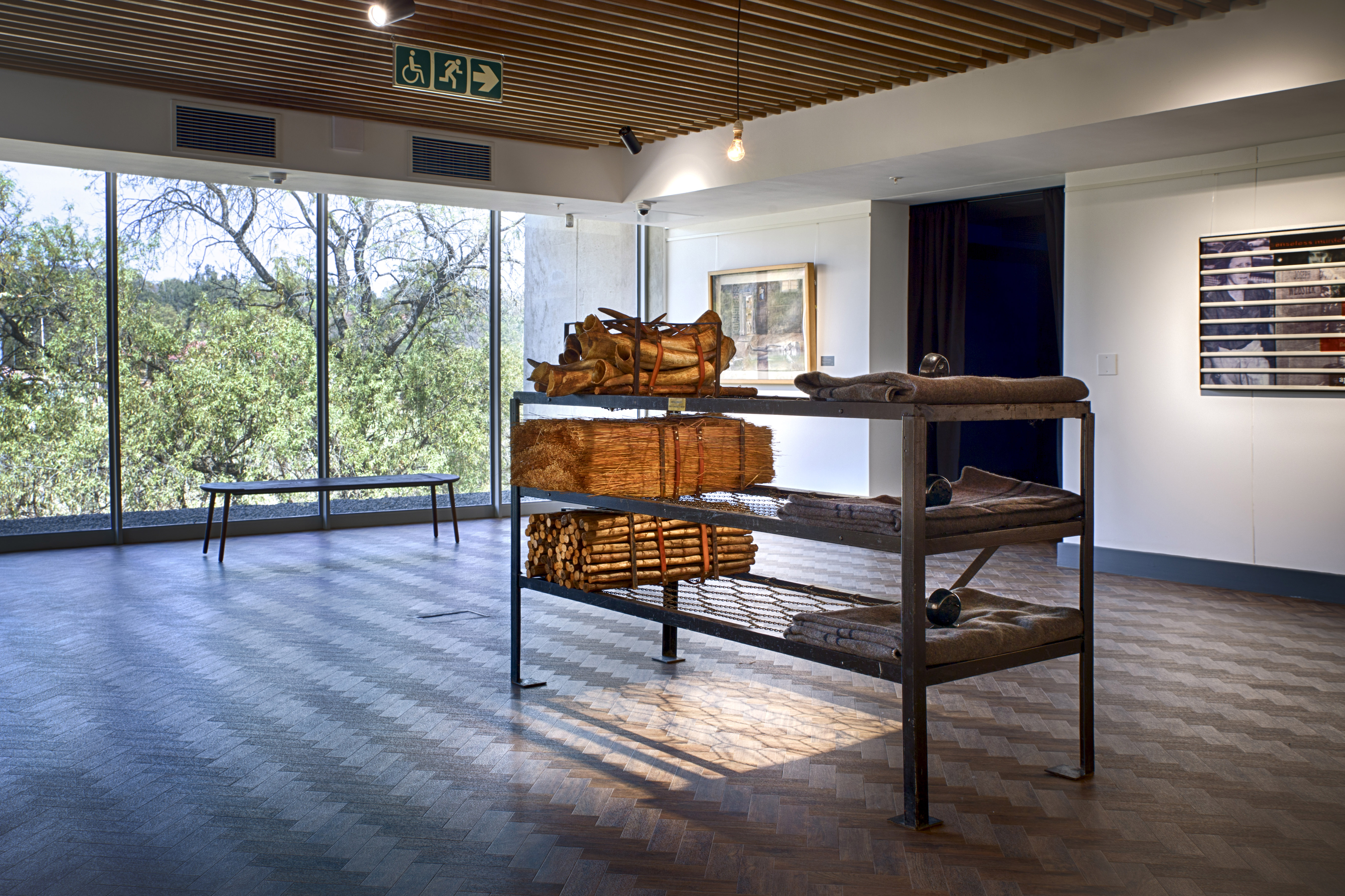 The timing of this work, which takes the form of a kind of ‘READYMADE’ or set of found objects, is crucial to its meaning. Goldberg constructs a poignant critique of the migrant labour system not by attacking it directly, but by showing the appalling conditions under which mine labourers were forced to live in hostels.

Comprising metal bedframes, clocks and grey flannel blankets, the work evokes the prison conditions that were common at the time (and in the immediate aftermath of the Soweto Uprising of 1976).

The ‘headrests’ of the tiny sleeping bunks bring to mind the materials that men would value from their homes in rural areas (cattle horns, grass, firewood) and point to the extent to which the dehumanising migrant labour system separated people from themselves and from the things most precious to them.