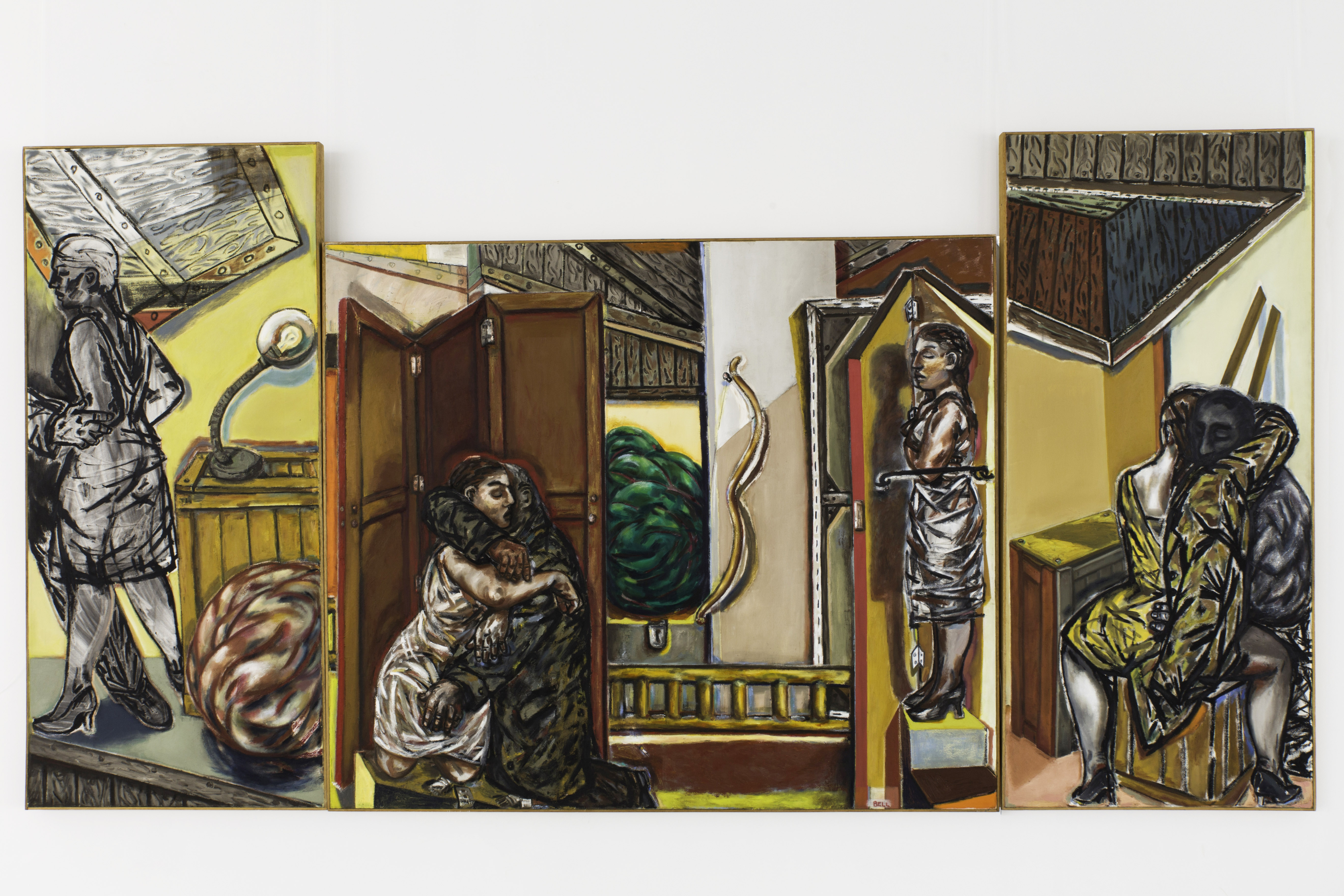 In speaking of these paintings, Bell describes a feeling of claustrophobia, a sense that it was impossible, in South Africa at the time, to experience meaningful human connections.