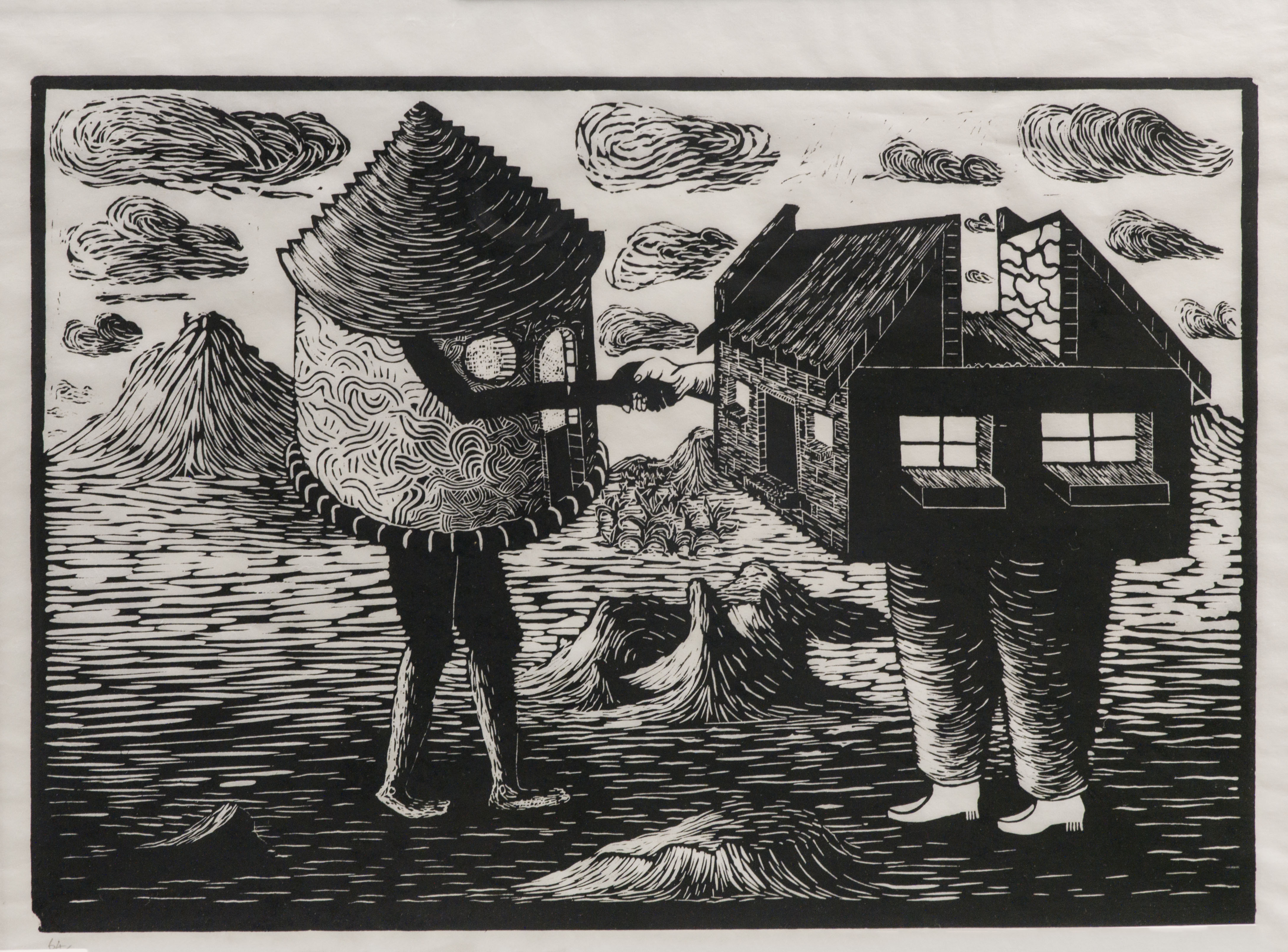 Meeting of Two Cultures shows a conical African house greeting a small brick house. It is Goje’s interpretation of the changes that were being experienced in South Africa as it prepared for the first democratic elections in South Africa in 1994, and also reflects his desire for tolerance between people from different cultural and ethnic backgrounds.

The print, made while he was working at Dakawa in Grahamstown, was included in the seminal book Printmaking in a Transforming South Africa by Philippa Hobbs and Elizabeth Rankin and included in the 2011 exhibition at the Museum of Modern Art in New York, Impressions from South Africa: 1965 to Now. It is an early example of Goje’s masterful use of linocut, and in particular of his ability to use the contrast between blacks and whites to dramatic narrative effect.