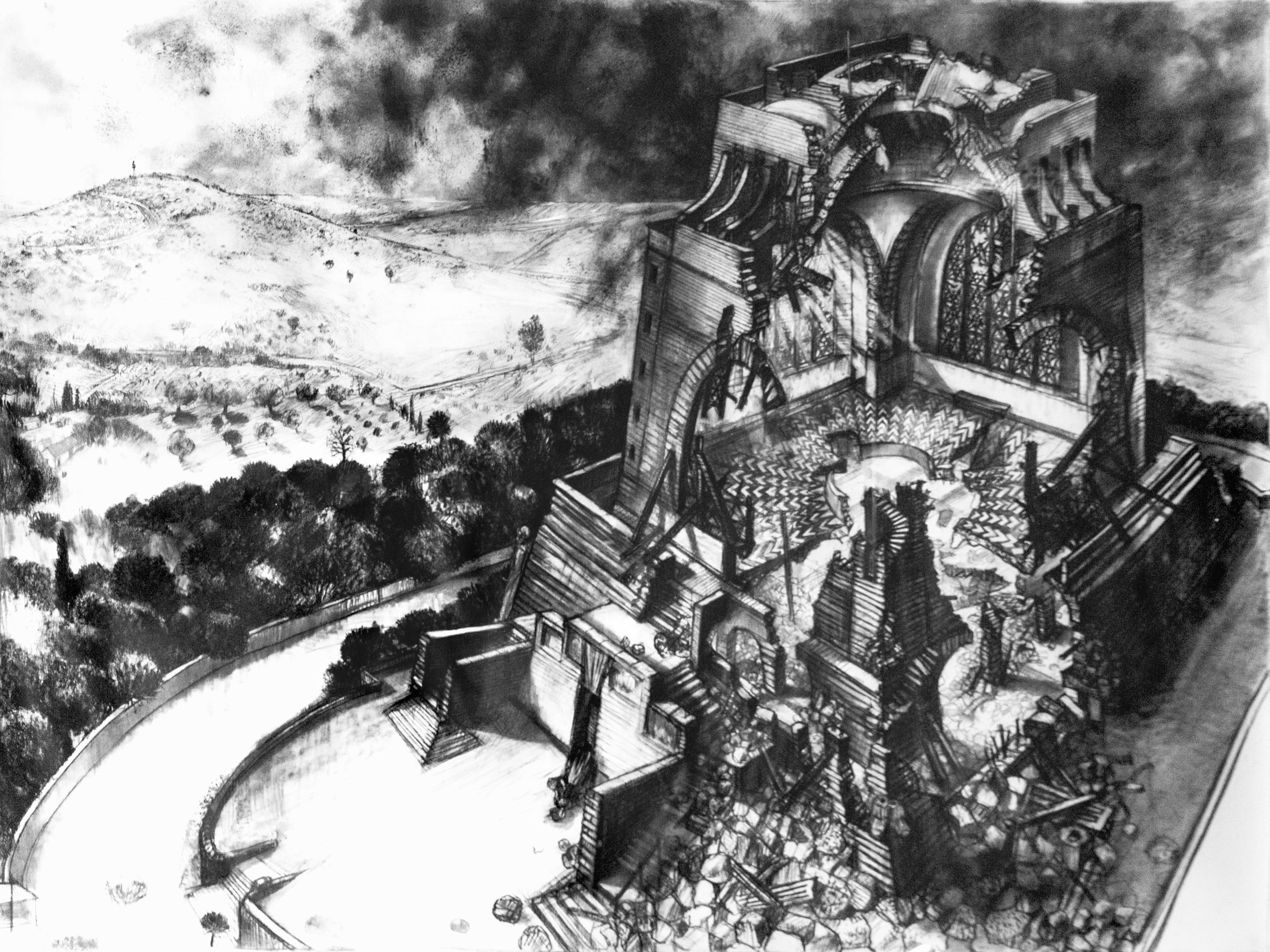 Alongside these contemporary social disasters, Victor began to conceptualise fantastical, post 9/11 scenarios, which monumentalise the concept of disaster. This time, it is not people and social institutions that are destroyed, but the symbols associated with national identity.

These symbols, such as the Koeberg power station or the Ellis Park stadium, are depicted in states of collapse, as though South Africa’s post-apartheid political realities are built on shaky ground. Monument illustrates a collapsing Voortrekker Monument, a building that was deeply symbolic to the apartheid state. Its destruction implies disillusionment with the post-apartheid status quo and a need for the eradication of aspects of the past.