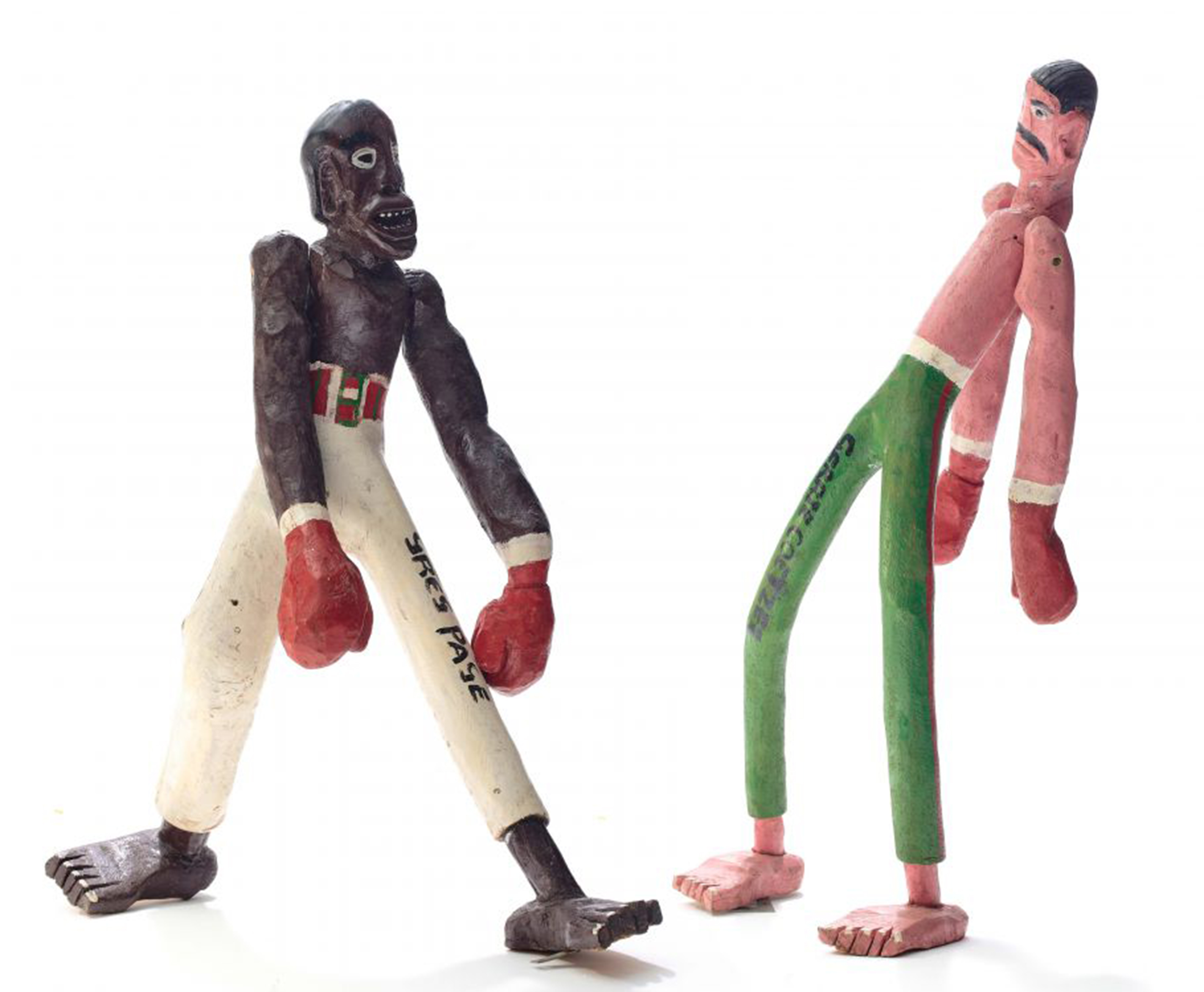 This two-part sculpture, depicting famous male figures in Seoka’s idiosyncratic style, is an HOMAGE to one of South Africa’s most famous boxing matches. Gerrie Coetzee, the ‘Boksburg Bomber’, became the first white man in 23 years to win the world heavyweight title in 1983 when he defeated Michael Dokes. His first title defence, against Greg Page, was in December 1984, and was staged in Sun City: under apartheid, black and white audiences could not mix, and Sun City was then in Bophuthatswana, an apartheid ‘bantustan’.

The fight split fans along racial lines, with Coetzee being controversially knocked out in the eighth round. The sculpture comically depicts their almost drunken demeanour, and exaggerates key aspects such as the proportions of the fighters’ arms.