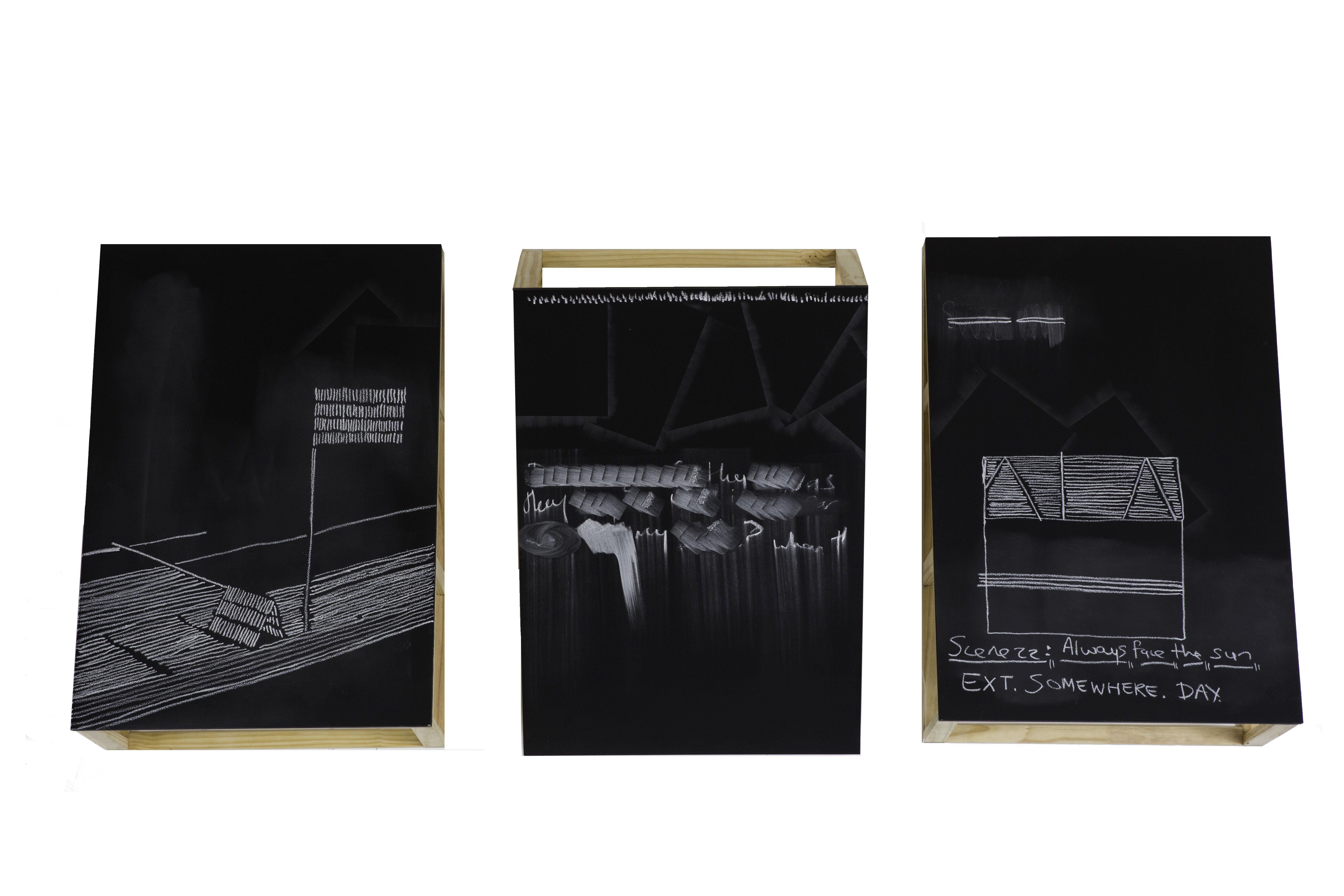 Scene 22: Always Face the Sun was first exhibited in 2015 as part of Wa Lehulere’s exhibition To Whom it May Concern. The exhibition concerned the process of the excavation of historical memory, both real and imagined, and featured deconstructed school desks, mass-produced porcelain dogs, and the chalk-drawn blackboard surfaces that comprise this particular work.

Conceptually, the body of work used the motif of the incomplete, the yet-to-be-realised, as a means of investigating the writing of history, and the role of memory and the imagination. With its evocative, non-referential drawings across three school blackboards, the last of them containing the title as an extract from a film script, this work considers the function of MEMORY and fiction and the unreliability of language and ideology.