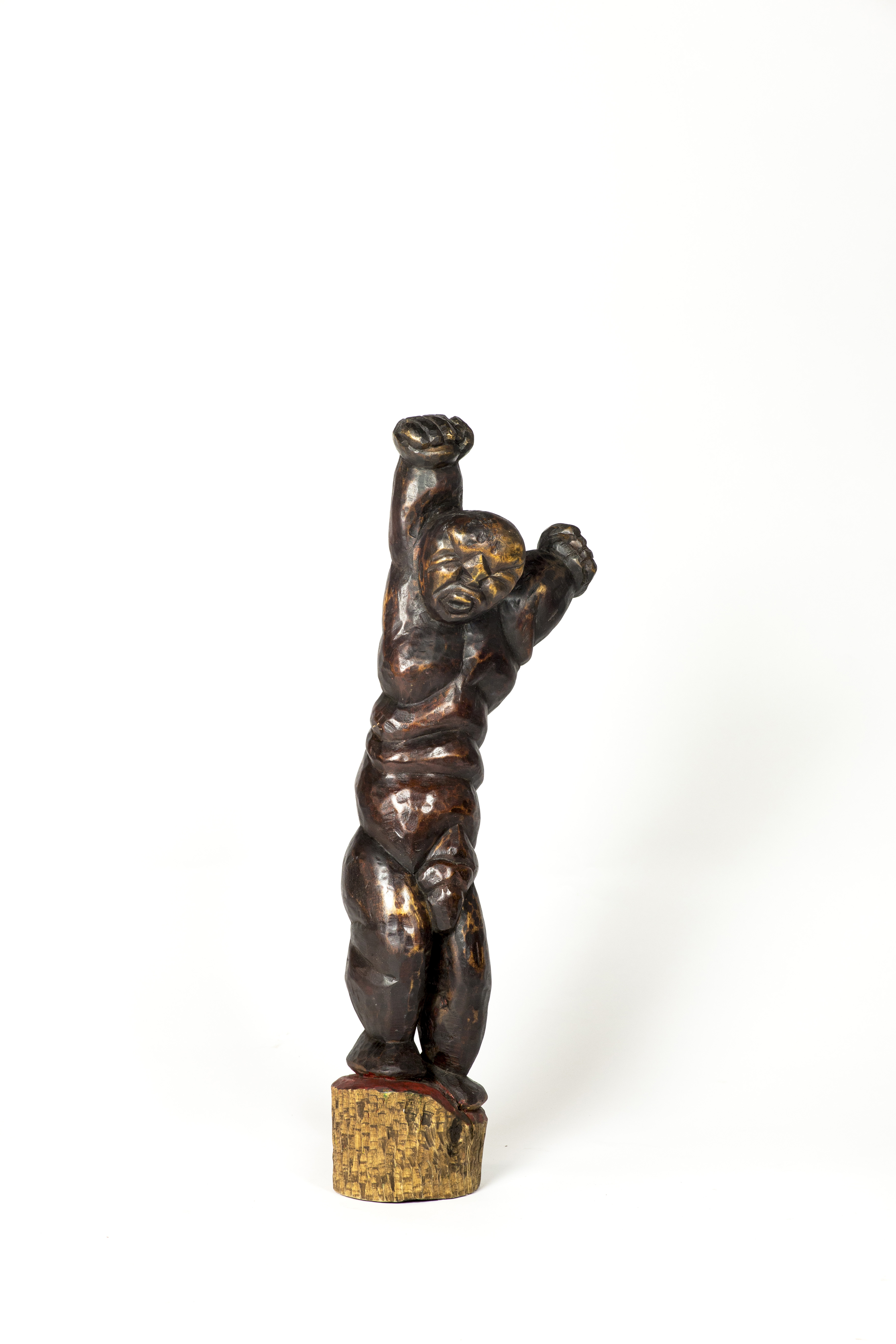 The sculpture Stompie, in carved hardwood, is a tribute to the anti-apartheid struggle activist James Seipei, who was also known as Stompie Moeketsi.

Stompie, who was from Parys in the Free State, was a teenager in the United Democratic Front. He and three other boys were kidnapped in 1988 by members of the so-called Mandela United Football Club, who doubled as Winnie Madikizela Mandela’s bodyguards.

Stompie was murdered early in 1989, and the subsequent criminal case became something of a cause célèbre for those wishing to discredit the anti-apartheid movement. Appollis shows Stompie in a moment of dynamism and exuberance, focusing on his humanity rather than the tragedy of the case.