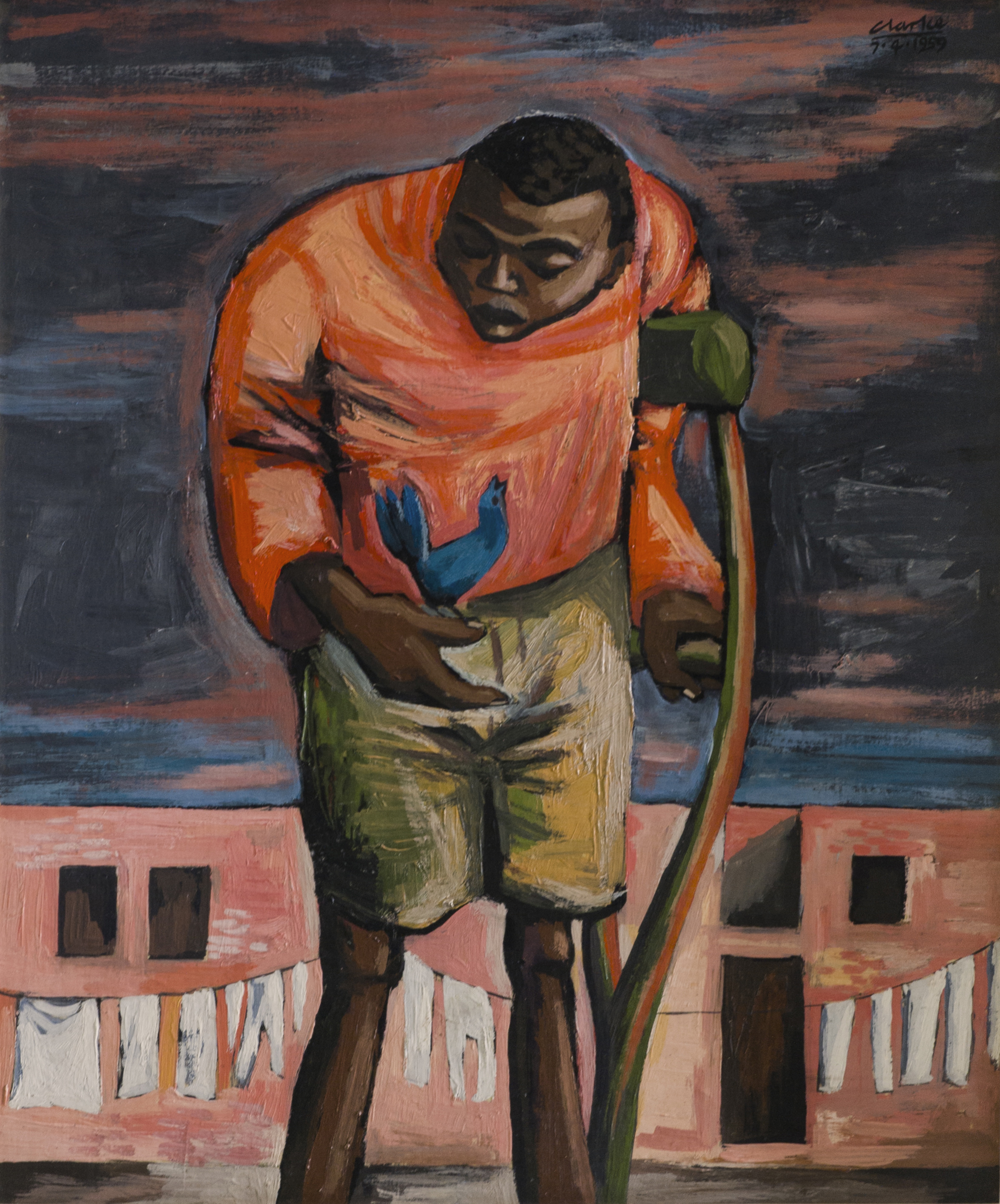 The Blue Bird may have been inspired by one of Clarke’s many observations of street children in District Six (another Cape Town community that experienced the forced removal of more than 60 000 people in the 1970s). His aptitude as a colourist emerges strongly in this work, as does a poetic and optimistic symbolism, conveyed by the blue bird perhaps about to spread its wings and fly freely, as the disabled child who holds it cannot.

The angularity and bold palette of the work speak of Clarke’s debt to South American MURALISTS such as Diego Rivera, while the distinct and stylised expressionism would continue to characterise Clarke’s work throughout his career.