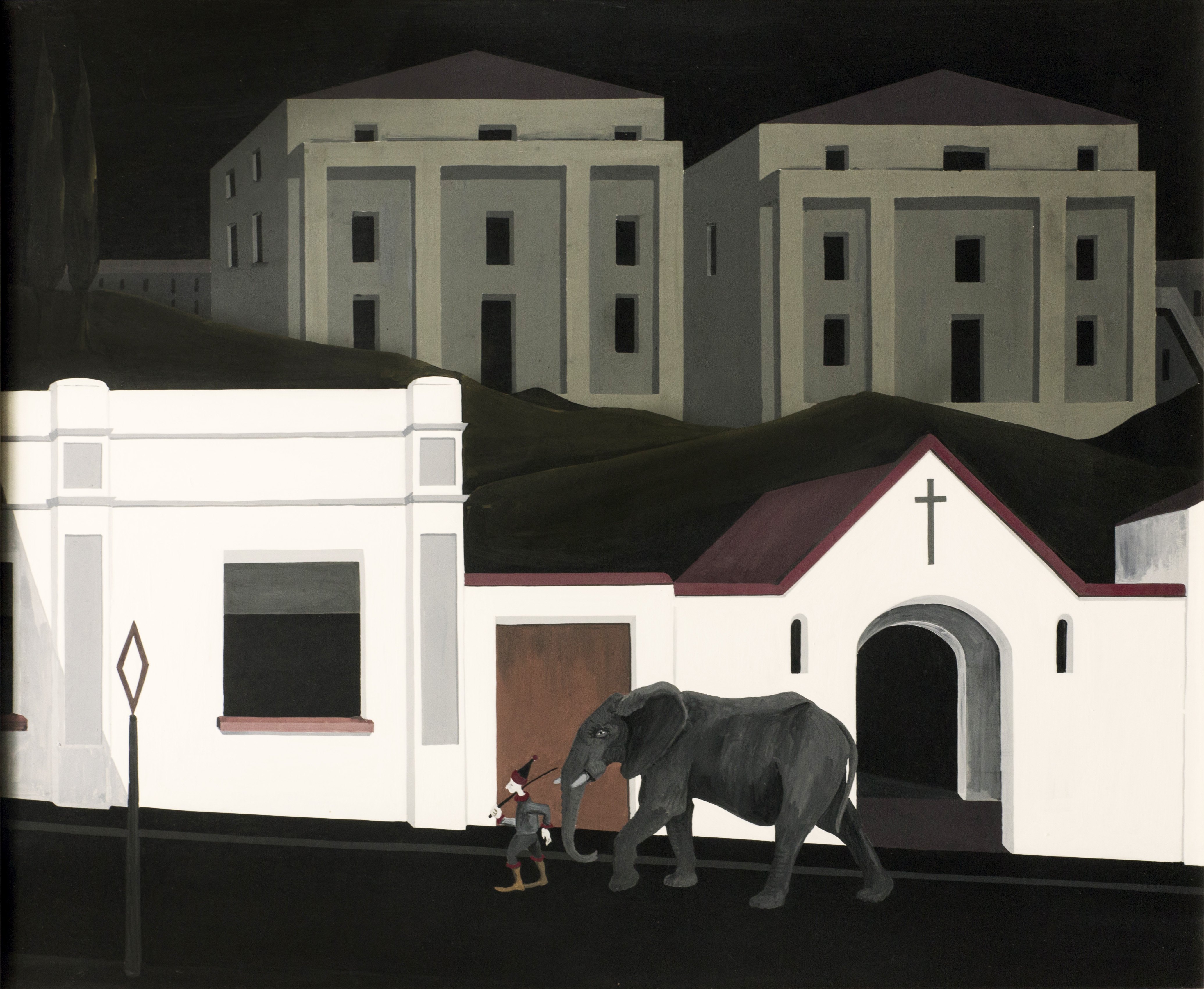 Page often used Port Elizabeth cityscapes as the backdrop to his figure studies. Reclusive by choice, he lived in an area close to the city’s harbour called Central from which he drew many of his visual references.

For The Elephant, he may also have been drawing on his wartime memories of being posted to a military camp in the far north of the country, where elephants were plentiful. The droll surrealism of the huge creature being led uphill by a clown-like character, against a preternaturally still and precisely rendered cityscape, evokes the work of the Spanish Surrealist Salvador Dalí.