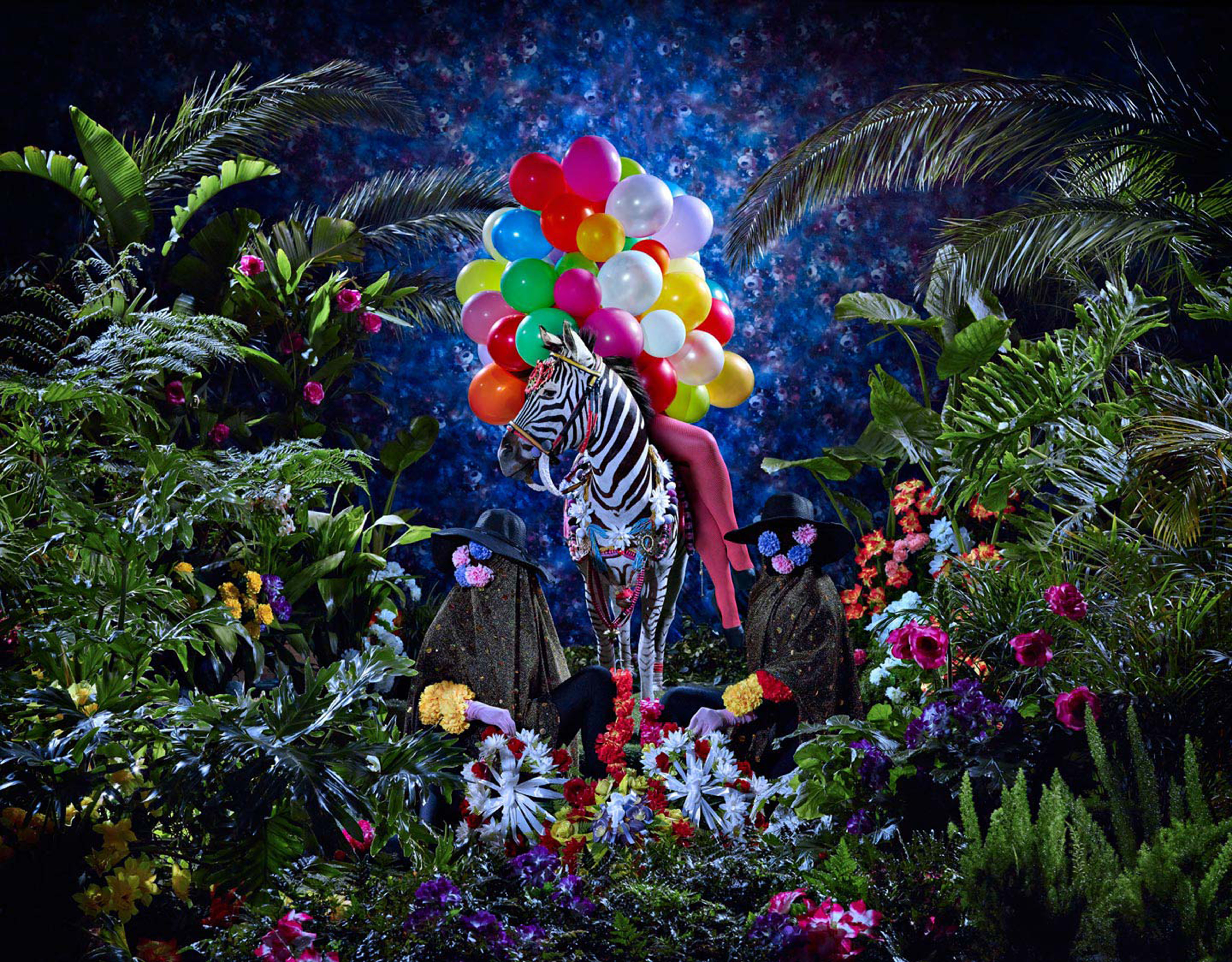 Ruga considers this one of his most important photographs. It is part of his series, The Future White Women of Azania Saga. Azania is Ruga’s utopia and the ‘Saga’ – an allegory of the experiences of a queer black SISTERHOOD in South Africa – is populated by a cast of recurring characters.

The rider of the zebra is the ‘Future White Woman’ of the title, a character born in 2008 whom Ruga has performed many times and who is partly autobiographical. Here, however, he has obscured his face to universalise the image. He draws parallels between apartheid and the rise of fascism, presenting his work as a truly utopian document that satirises an existing situation, that of the queer black experience in the post-apartheid landscape.