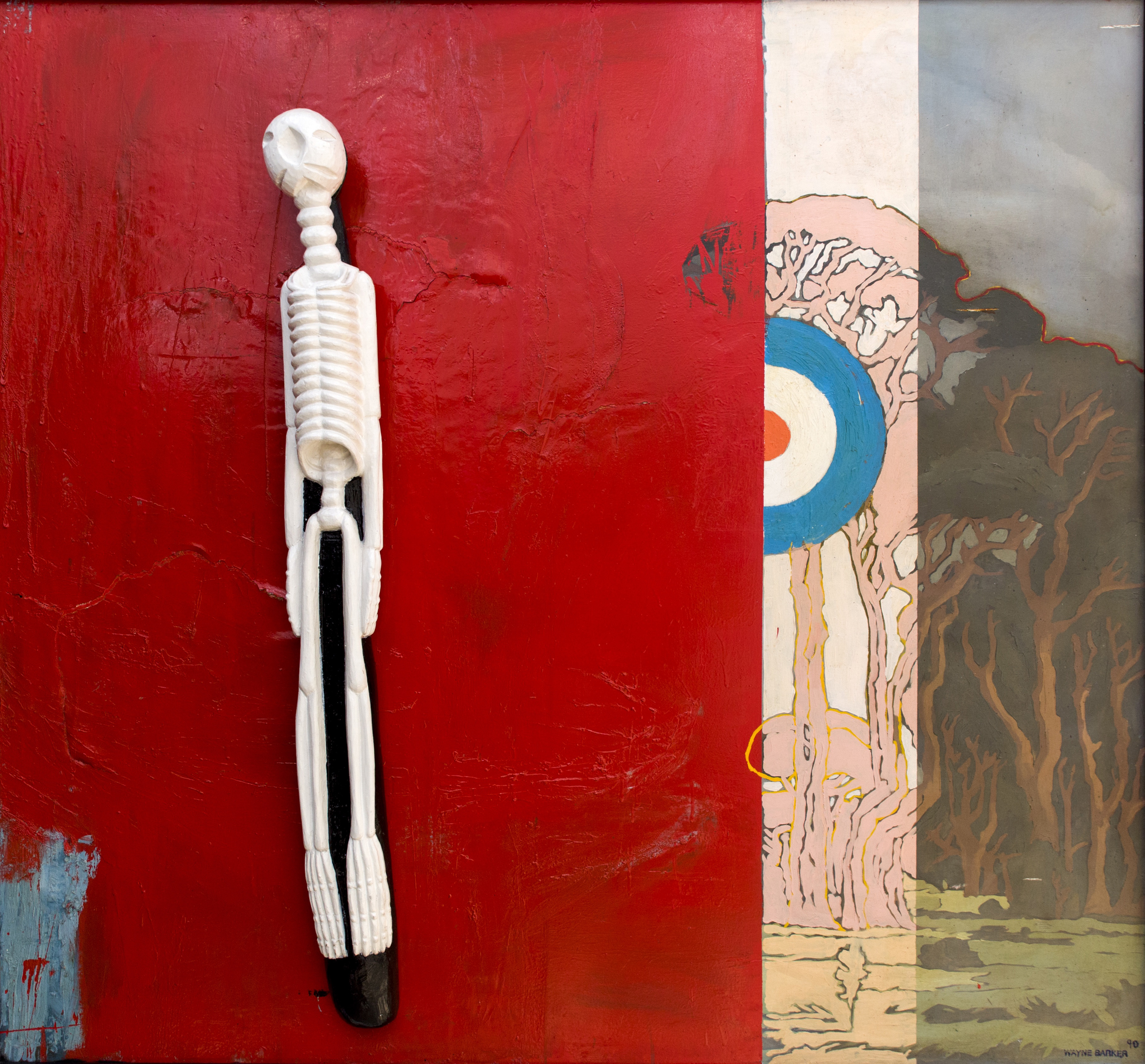 Transit Culture is part of a major series of Pierneef works in which Barker critiques the PICTURESQUE tradition of landscape painting in general and Pierneef’s rendering of the South African landscape as pristine and uninhabited in particular. As in other works in the series, Barker superimposes paint and found objects onto a copy of a Pierneef painting, in order to mimic the violence wrought by the colonial appropriation of land

The title of the work is an oblique reference to Pierneef’s Station Panels of the 1930s, which reflected the view of white South Africans that the cultural and physical landscape of South Africa belonged to them.