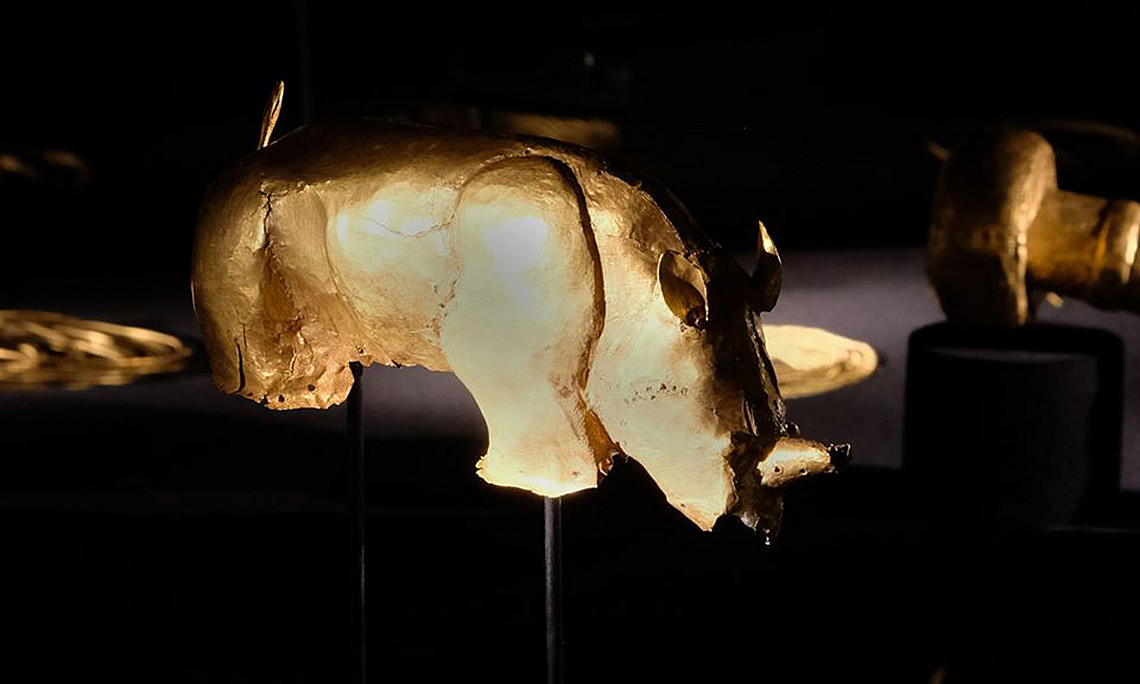 African Gold! The ring of this echoes across the continent with stories, characters and myths, which defines the mystique of this magical and precious metal. Legends of King Solomon’s mines, the Queen of Sheba, Prester John, Mansa Musa, and the civilizations of Great Zimbabwe and Mapungubwe find resonance with these narratives merging fact with fiction. Carried through the Sahara, down the Nile via the Mediterranean sea and across the vast East Coast Indian Ocean trade network, African gold became the currency of kings and the symbol of power and wealth the world over.

Positioned at the south of the continent where the Limpopo River and Shashe River’s confluence bordered by the countries of South Africa, Botswana and Zimbabwe-a stark reminder of a colonial legacy superimposed upon an ancient southern African civilization - the gold of Mapungubwe was unearthed in 1933 on the summit of Mapungubwe hill.

Evidence of extensive international trade and kingship found at this sacred site is manifested in the material found there which includes gold artefacts which are now exhibited in the Javett Art Centre-UP in the imposing Gold of Africa gallery. This glimpse into thousands of years of ancient African creativity is the catalyst for the Javett Art Centre-UP’s raison d’être, which is to position itself centrally within the exploration of the art of Africa on the continent, the diaspora and within the international community.

This publication containing Dr. Sian Tiley-Nel’s long-term scholarly and curatorial research provides a vivid picture of this power exploring as it does the indigenous craftsmanship and techniques employed by the artisans of Mapungubwe.