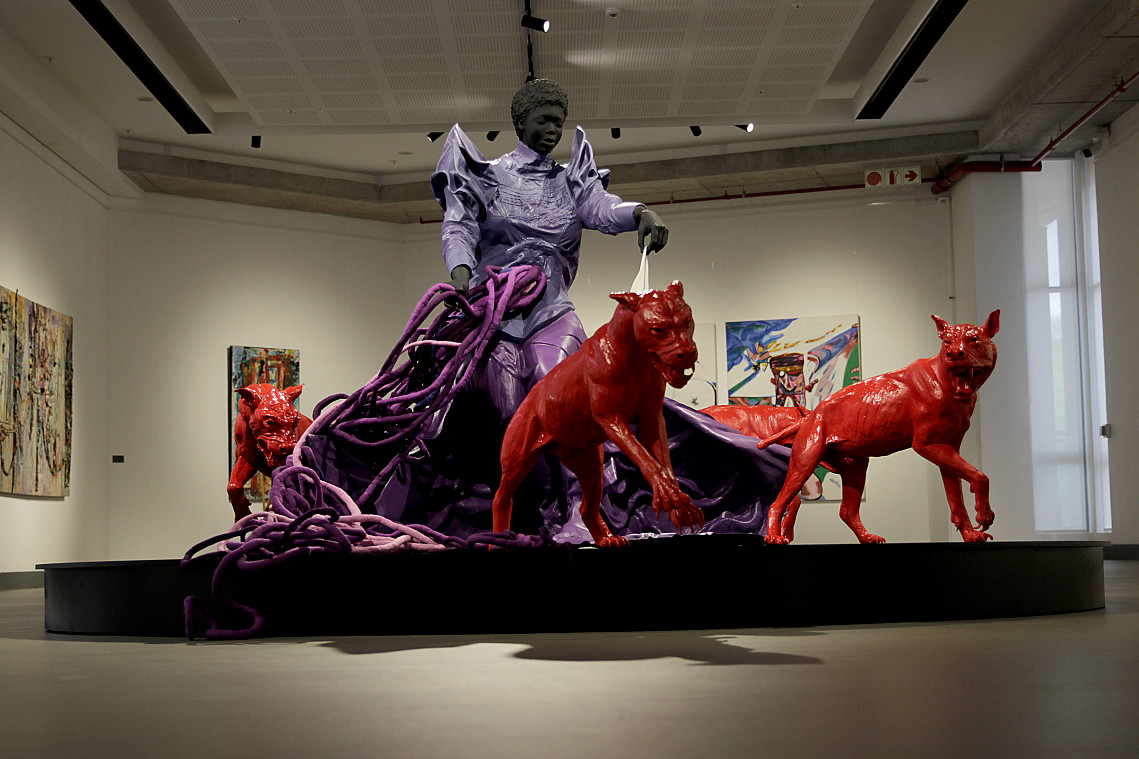 Public and private collections stem from a variety of catalytic impulses and are assembled and generally held in trust to educate, enchant and amaze. They are also representative of the time and period in which they are collected and historically significant in their manner of collection. They contain a wealth of material and information to explore and interpret particularly from a post-colonial and contemporary perspective.

The Javett-UP has brought together examples of artworks drawn from such collections across the country and further afield selected in conversation with the curators and owners. Lists representing those works nominated as being of particular significance were submitted with over 300 suggested. A selection of 101 of these has been made following criteria guidelines set from the inception of the collective curatorial process.

These categories include works of historical importance in that they play formative role in an artistic movement, context or era.

Works which symbolise the artistic movement from which they arise in, works which they tell us something about the times in which they were created.

Works which represent a stylistic imperative demonstrating a unique art style, and or excellent/master technical skill of the medium.

Works which have a resonance /message and/or subject matter that made a significant contribution to research, knowledge and society’s perspective and impact on public opinion - a general broad influence.

Work with an enigmatic story - interesting back story of the work, artists background or history of the artists journey.

The title, 101 Collecting Conversations: Signature Works of a Century, speaks to the process of mining public and private collections for their signature works, following a discourse with the curators and owners. Most significantly, this will continue throughout the exhibition's six months with ongoing conversations with visitors to the Javett -UP about their experiences of the exhibition.

These conversations will be elicited and monitored through public and education programs which includes a selfie campaign. We invite responses to the works on exhibition and trace the significance of the individual pieces. This engagement will form the basis of a catalogue which will be developed throughout the exhibition's run, after which it will be produced as an educational resource. The time span of the century is between 1920 and 2020 and covers the period within which the artworks represented on the exhibition have been drawn.

In addition to their representational function, the works should also be evocative and transcend what they depict into some larger context. Images tend to grow in stature as time passes by, much like an artist who becomes publicly identified through his or her sheer body of work.

Following this process, the themes that were identified from the works were; politics, religious, cultural and traditional values, urbanisation and landscape and identity.

The aim of this opening exhibition is to launch the Javett-UP’s objectives to demystify the gallery and museum experience becoming a place of education, collaboration and contemplation, a space where the Art of Africa will be explored and celebrated.

The Triple Gates of Hell

Maquette for the Gandhi Memorial, Pietermaritzburg

Patience on a Monument

The Man Who Sang and the Woman Who Kept Silent

The Cry of Man

There's a storm on the bosses farm

Say! If you speak ENGLISH, we must be getting near CIVILIZATION!

The Garden of Delights

He Went to Jerusalem

Pain in the Mountains

Stop Crying Mother He May Come

Boxers in The Ring

Portrait of a man

The Wedding at Cana

Vabvakura / People From Far Away

It left him cold

Head of a Child

Song of the Pick